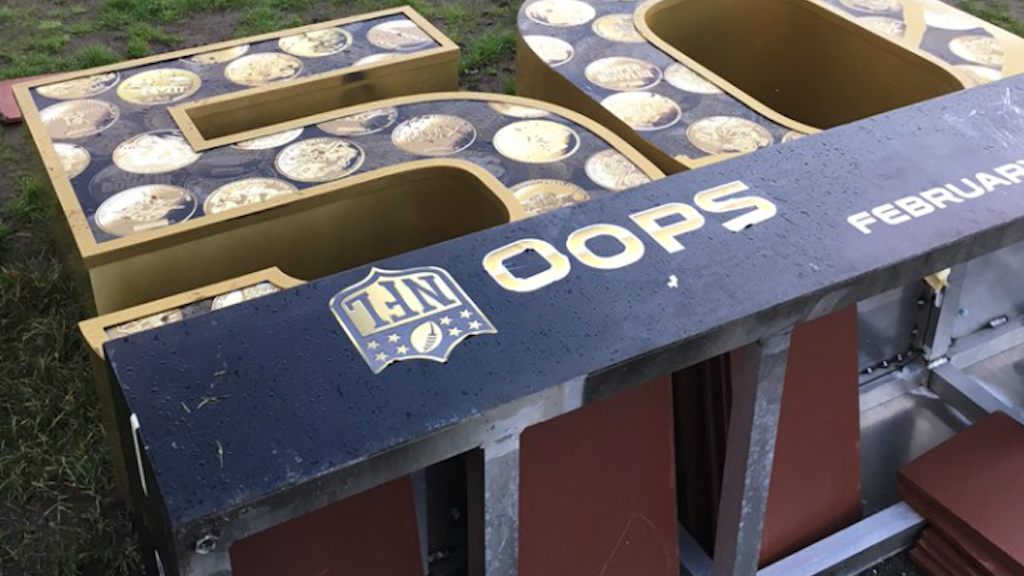 On February 4th, 2018 the Super Bowl is coming to Minneapolis and the city is already busy preparing for this big event. For almost a year the city has been advertising how important this event will be not just for the Twin Cities but for the entire state of Minnesota. There is talk about new jobs being created, money from visitors and businesses supporting the Super Bowl flowing into communities all across the state and last but not least the new Stadium that was built especially for this occasion but that will be there for a long time to host all kinds of large events. The advertising makes it seem that the Super Bowl is truly like winning the lottery for this state, and everybody living here will see how much it benefits them.

That is not at all true. The organizers of the Super Bowl don’t care at all about supporting the local population and making the city a better place for those who live here. The city government and the developers behind the Super Bowl are only interested in making money, and to do that that they have shown themselves willing to spend a lot of money first. That’s why there is a new stadium to make Minnesota is worthy of hosting the Super Bowl. That’s why there are endless new condos being built all across the Twin Cities with security gates, fancy rooftop swimming pools and rent so high most city residents can’t even dream about living in one of them. In order to build these condos older houses that have affordable rent prices and cater to low income folks are destroyed, making it plain that poor people are not welcome in a city preparing to host the biggest sport event in the United States. These people have to go to make room for those who are welcome. Urban professionals, mostly white, who have the necessary wealth to afford the fancy condos, the hip restaurants and tickets for the new fancy stadium. Gentrification is nothing new, but the Super Bowl accelerates the process and makes large parts of the city unlivable for anybody who is not a white wealthy professional. What’s more, gentrification doesn’t stop at new condo buildings and fancy restaurants that are unaffordable.

The cops are also preparing for the Super Bowl. In recent months the police presence, especially in Downtown Minneapolis, has increased. Cops specifically target people of color and houseless people and harass and arrest them in order to get these people out of downtown in time for the big game. To help them with this mission, the cops will be receiving $3.1 million from the Super Bowl Host Committee, a conglomerate of NFL representatives, developers, and politicians, that will go towards paying for overtime for MPD officers and those brought in from around the state to assist, a command center, trainings, and fancy new toys of repression, the latter of which will remain in the hands of MPD and continue to negatively impact those oppressed by then far beyond the end of the game. Some of this money will also be going towards purchasing police liability insurance, so that the police will be protected from consequences should they find themselves compelled to venture outside of the bounds of the law to ensure an orderly urban playground for those attending the big game.

In these ways the Super Bowl mirrors the last national mega-event to take place in the Twin Cities, the Republican National Convention in St. Paul in 2008. In preparation for the RNC every officer in St. Paul was equipped with a taser, which they kept after the event was over. Furthermore, as part of the agreement to host the event the city demanded that the RNC purchase $10 million of police insurance for its officers, which emboldened them to attack protesters repeatedly over the course of the event and make hundreds of arrests of questionable legality.

These tactics always come with big events, especially sports events. In 2016 the Super Bowl was hosted in San Francisco. This was not just any Super Bowl, it was the 50th Super Bowl, and the event was to be even bigger and more spectacular than any before. In the months and weeks leading up to the game the city of San Francisco and the cops started a strategic campaign to clean up the streets and push homeless and low income folks out of the city. In an area like the Bay Area that is already heavily gentrified, with rent prices so astronomical that most people can barely afford to rent a closet, the homeless population is very big and poverty is omnipresent. By pushing out poor people the city of San Francisco was trying to hide its massive poverty and homeless problem and instead make the city look clean to not scare away white wealthy sports fans coming for the super bowl. But anti-gentrification activists and anarchists in the Bay Area made sure the city didn’t get away with hiding the problems gentrification created, starting a campaign against the Super Bowl. People made call outs for marches against gentrification, Super Bowl statues that were set up around the city advertising the 50th anniversary of the game were vandalized or destroyed and most importantly people organized to show up when homeless camps were facing eviction or raids.

In 2014 Brazil hosted the soccer World Cup. It was supposed to be a big event that drew thousands of people from all across the world to celebrate soccer and Brazilian culture. To make all these tourists feel welcome and maybe convince a few to come back in the future for vacations the country invested a lot of money to build new soccer stadiums, highways, expanded public transit in a lot of cities and got a lot of foreign investors to build new housing, hotels and other entertainment locations to make all these wealthy tourists feel more at home. The problem with all these investments was that in order to fund all the new projects the government had to use over $4 billion that was taken away from schools, hospitals, etc. Many thousands of people were forced to leave their homes without being offered an alternative to make room for all the costly new buildings for the World Cup, most of which wouldn’t have any further use once the World Cup was over. As early as 2007 groups and committees with the help of many anarchists began organizing resistance against the World Cup and the gentrification that comes with it. The movement exploded in 2013, a year prior to the World Cup, in protests against proposed transportation fair hikes, where hundreds of thousand of people took to the streets all across Brazil. Riots continued in the weeks leading up to the games, along with protests led by indigenous activists resisting colonization.

Another example of radical resistance against big sports events were the protests against the Winter Olympics in Vancouver in 2010. Leading up to the event indigenous activists and anarchists joined forces to fight the gentrification and the further take-over by capitalism of the stolen lands of Canada. Several riots against the gentrification caused by the Olympics wreaked havoc through downtown.

We need to see the Super Bowl for what it is: an event that caters to the upper white class that city leaders are hoping to attract to the city in larger and larger numbers at the expense of everyone else. It accelerates the process of making the city uninhabitable for the rest of us. We hope that we can glean insight into these past examples to agitate social tensions as we fight against this process. 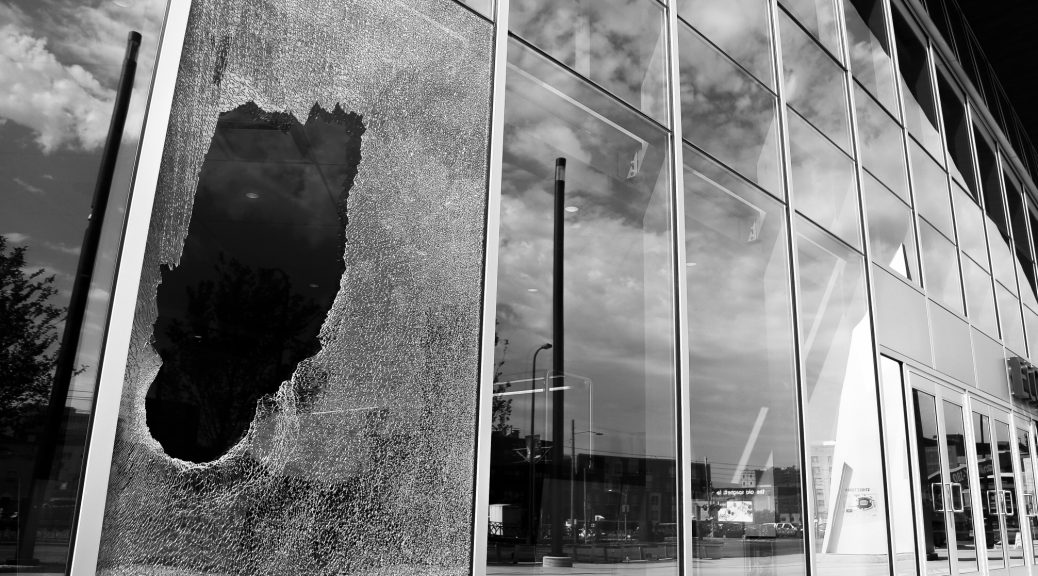