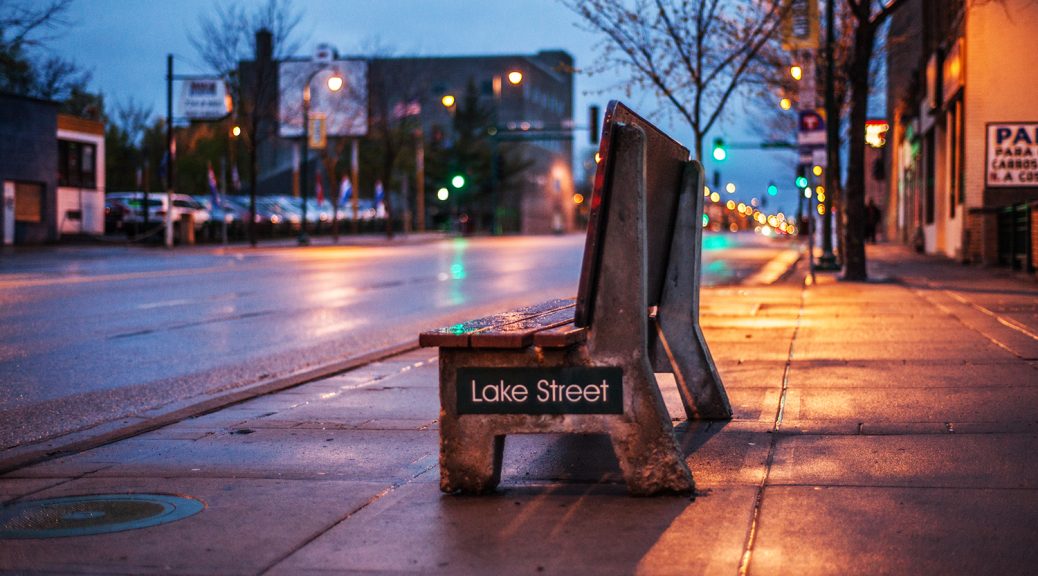 Gentrification has been a problem faced by many across the country for years, but it has recently been surging particularly here in Minneapolis, as well as in cities like San Francisco, New York, Portland, Seattle and Washington, D.C. Gentrification is often defined as “class transformation”, with neighborhoods that once held a low-income population shifting towards a high-income population, reinforcing racial divisions. What we can learn from other places and parts of Minneapolis such as the division between Uptown and the other half of Lake Street is that this is bad news for low-income folks in varying degrees.

Gentrification is an incredibly complex process, frequently proceeding by pitting those with little against those with even less. To really get to the bottom of gentrification one must at least go back to the creation of the ghettos and other urban areas with lower rents via a strategic process of disinvestment in the era following World War II, concurrent with the more widely-acknowledged phenomenon of white-flight. As capital withdrew urban infrastructure crumbled. This combined with heightened policing under the guise of the War on Drugs to wreak havoc on communities of color, significantly weakening the autonomy that had been won through the ferocious struggles seen from the 20’s to the 60’s. Fast-forward to the present era, which sees a high volume of uninvested capital and relatively few traditional avenues available to it, and capitalists have realized that allowing poor people to live in the areas surrounding the shiny urban core is unprofitable and even dangerous, given that intense concentrations of poverty have given birth to innumerable insurrections over the years. This is especially true now that the main reason for concentrating large numbers of poor people in cities, manufacturing, has largely been outsourced.

On the ground level, we can think of gentrification as happening in four main stages: first, an area with low rent is seen as moderately financially viable, as folks such as artists and small business owners move in. They renovate and restore property using their own private capital, because investments are still higher-risk there. Second, word begins to spread of the economical viability of an area, but developers are still reluctant to push capital there because of the “sketchiness” of the neighborhood. Displacement and evictions become more common as rent rises and available housing goes out the window. At this point, blood-sucking capitalist vultures begin their descent into an area. Third, rich yuppies, white folks, and higher end businesses set up shop in a neighborhood. The class antagonism between gentrifiers and long-term residents becomes more pronounced as capital begins to flow into the area. Fourth, a mature gentrification takes hold. The area is considered “safe”, trendy and a good investment. The color and life of the neighborhood are almost completely erased, or at most fragments are kept around as a ghost of what once was to sell newcomers on the “life” and “vibrancy” of their neighborhood.

Anyone who has lived in Minneapolis for a hot minute can see clearly the drastic ways in which Uptown has shifted into the over-priced, over-policed, yuppie nightmare that it is today. What is striking is that this trend continues to move east down Lake Street; without resistance it will have some very serious consequences. More than anyone, the black and brown residents and homeless folks are living in the growing shadow of Uptown. This is already taking effect by way of an increased police presence in the area. Dystopian camera towers are appearing everywhere, most recently underneath Hiawatha Avenue, shining their bright spotlights where people used to sleep. Sex workers are regularly harassed and houseless folks are swept up into the jails. On Lake Street, poverty is criminalized. The new residents cry for more cameras, more police, and more security, but if they’d spent five minutes talking to literally anybody walking down Lake Street, they would know that the people that are getting chased off need resources, housing, a meal.

The big, overarching question remains: how do we respond? Often we hear that we should be working within government institutions to fix the problem. Voting, challenging city ordinances, working with large bloated organizations, etc. But what interest does the State have in countering gentrification? Its no secret that the government acts at all times to solidify the ability of capitalists to extract value out of our daily activities. The higher property values rise, the more money the city will make in property taxes, and intensifying policing in order to push poor and brown people into distant crumbling suburbs, the model in Europe ever since World War II, has proven to be more profitable for cities than actually addressing the causes of racism and poverty. The State is complicit in gentrification when it is not actively pursuing it.

Recently some residents of South Minneapolis started holding Coffee Not Cops semi-regularly on Lake Street. Coffee Not Cops is an event that began in San Francisco as a response to rising rents and subsequent increases in policing. Folks hang out with free coffee and food and have discussions about the effects of gentrification and policing, as well as distribute resources for everything from dealing with the police to responding to immigration raids. In the 2000s in San Francisco’s Mission District up-scale businesses were anonymously vandalized while posters and fliers were distributed advocating further attacks, methods that are still put into practice today. In the Powderhorn neighborhood of Minneapolis this sort of rage has already been expressed, as seen in the cosmetic makeover of yuppie boutique Frostbeard Studios, which we covered in a previous issue of Nightfall. These sorts of actions taken by disgruntled residents not only demonstrate a rage against the neo-colonialism of gentrification but have the potential to lower the incentive of more companies and start-ups to open up shop in a neighborhood where the environment is seen as hostile and unwilling to take redevelopment lying down.

Beyond attacks, building connections with our neighbors is crucial so that we can support each other before and when our rents begin to rise. Mutual aid networks for distributing food and other resources, copwatch programs, and defense against evictions are all projects we can self-organize to create. Power can only come from ourselves and from our neighborhoods.